The Story of 'Soldier, Rest! The Last of the Light Horsemen' 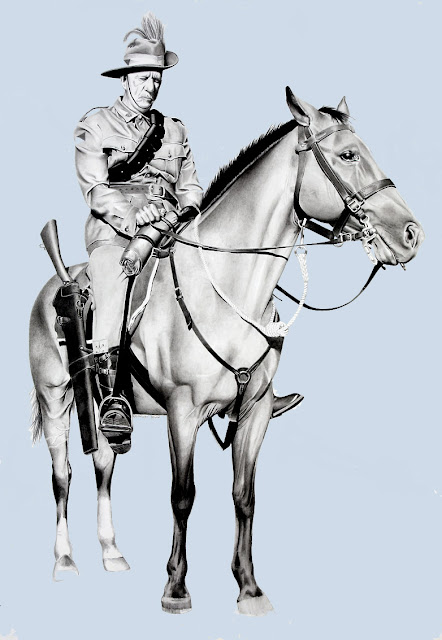 Soldier, Rest! The Last of the Light Horsemen Pencil on board
600mm x 1800mm


When I was a kid, I remember reading a quote from a poem by Sir Walter Scott called 'Soldier, Rest! Thy Warfare o'er."  Another was the last verse from the Eric Bogle song 'And the band played Waltzing Matilda,' which also drifted through my thoughts over many years. It told of the ponderings of a returned serviceman from Gallipoli who lost both his legs during the fighting and his musings at his fate.

Both haunted me and when I was older and started undertaking art, decided to do an image of an old Light Horseman - the last of the Light Horsemen - astride his Waler, thinking about the mates he'd lost. It seemed fitting that both those passages should accompany the image and so when I created prints of it, I sought and obtained permission from Larrikin Music to use the Eric Bogle lyrics which I coupled with the Scott poem. I added both passages to the print that I created of my drawing.

Here they are in full. I hope you find that they both go well with the image of the Last of the Light Horsemen.

SOLDIER, rest! thy warfare o'er,   Sleep the sleep that knows not breaking; Dream of battled fields no more,   Days of danger, nights of waking.  (Sir Walter Scott)
"And now every April I sit on my porch, and I watch the parade pass before me.
And I see my old comrades, how proudly they march, reviving old dreams and past glories.
And the old men march slowly, all bone-stiff and sore.
They're tired old heroes from a forgotten war.
And the young people ask: 'What are they marching for?'
And I ask  myself the same question.
And the band plays Waltzing Matilda
And the old men still answer the call.
But year after year...
More old men disappear...
Some day no-one will march there at all. 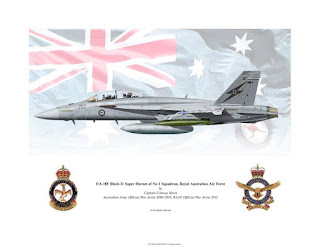